When I went for afternoon tea here a couple of weeks before the waitress gave me a 20% off discount card for my next visit. I made my plans. The discount was for Afternoon Tea as well but I wanted to try something different.

I went to see Parasite in the morning.  After a run of being late I turned up on time so I wasn’t stressed or annoyed. The film was okay.

I headed off to the Townhouse. I kept having to remind myself that I was only getting 20% off and not to go nuts like it was 50%. I was going to have a starter and a couple of desserts or just desserts. I’d checked out the menu and had pretty much chosen before I got there. 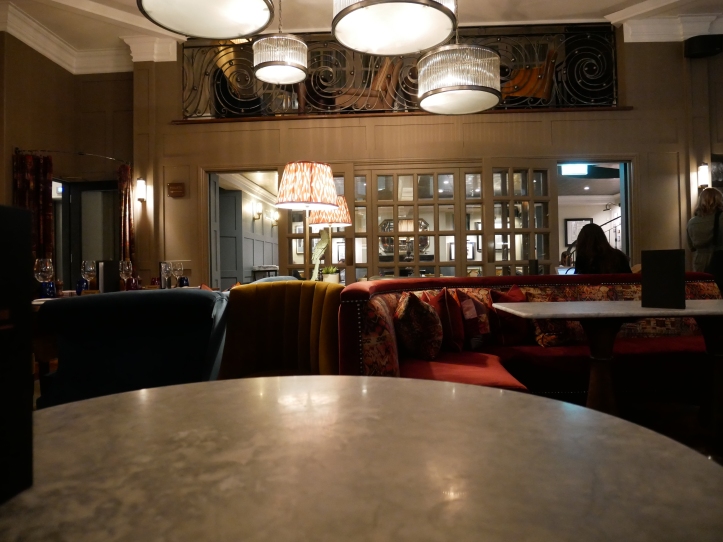 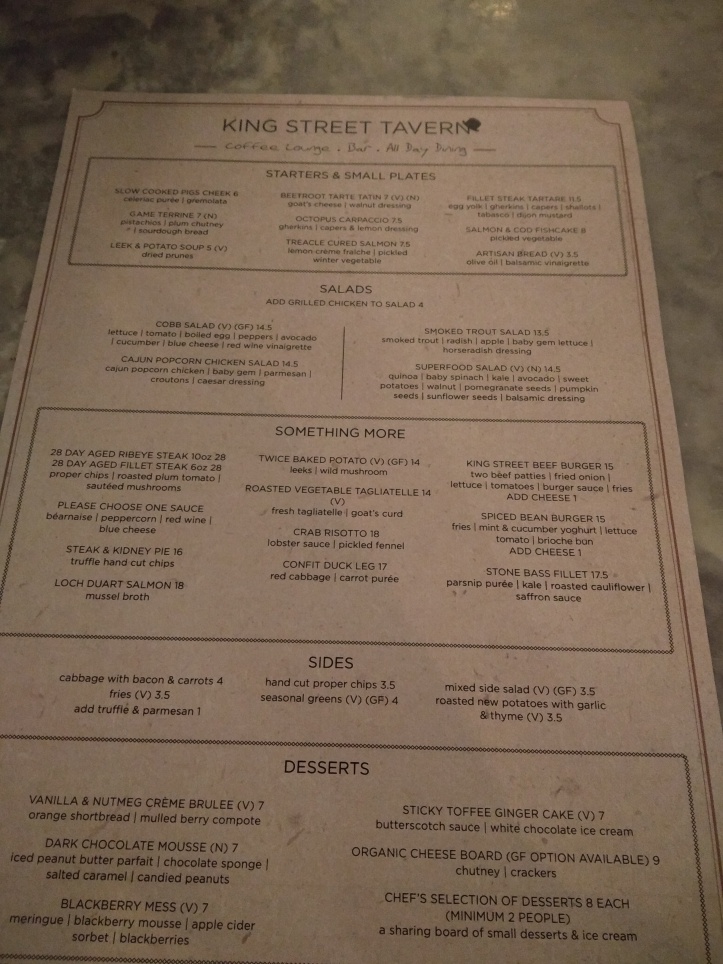 I went for the treacle cured salmon first.

Sorry about the brightness, I was adjusting the exposure on my phone, my camera having run out of juice. It was great. It was tiny. I unfurled the salmon to make it go further. I  couldn’t really taste that it was treacle cured. It was just a nice bit of salmon. 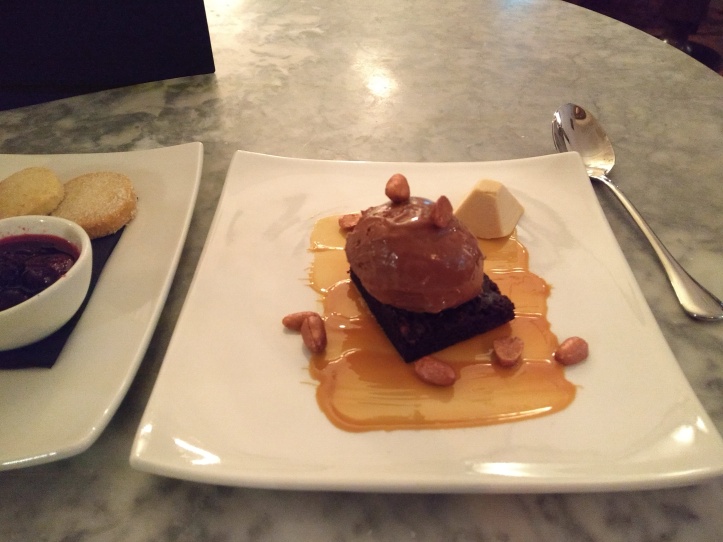 I went for the mousse first as the parfait would melt before I got to it. It was lovely overall. THe mousse was rich. The sponge was okay. The parfait was incredible. The candied peanuts were great. I didn’t like that the sauce was painted on. I’d have preferred it as a puddle or in a little pot just to get a good amount on the spoon.

The brulee was utterly gorgeous. This was one of the best brulees I’d ever had. The texture was fantastic. The taste was sophisticated. The nutmeg was just right. The biscuit was okay. The mulled berries were so moreish.  I mixed some with the brulee and with the shortbread. I scraped out the brulee and the compote as best I could. I told the next waitress that it was one of the best brulees I’d ever had. She said she’d tell the chef. I don’t know if she actually did. I added I could eat it again. She said they had more available. I said I would be sick if I had another one. I thought if it was free then I would have one.

When I was last there for the Afternoon Tea a young French guy was being interviewed. He got the job. He was serving me this day. I thought of mentioning it but I didn’t.

In all it cost £19.35 incuding the added discretionary tip which I think makes it easier. Who actually says no to it. I could have had the discounted Afternoon Tea for the price but…

I’d recommend the Townhouse for normal food as well as the Afternoon Tea. Go for the brulee if nothing else.

As I was leaving I was told I could sign up for the app and get a £10 voucher and I was also given another discount card which I really must use.